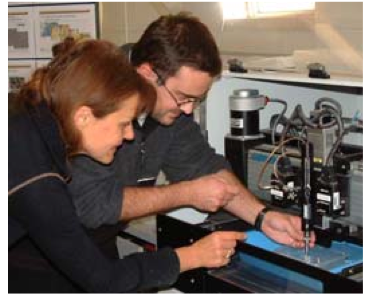 Ian studied Physics for his undergraduate and graduated with Honours Physics and High Technology Co-operative Education on June 4th, 2004.  He was a member of the Physics club.   http://web2.uwindsor.ca/courses/physics_club/members.htm

He became the poster boy for the program for a while, often seen on the physics site of the University of Windsor website with a short bio as a masters student in the Physics department. 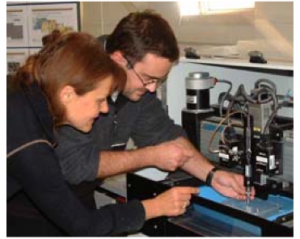 He was also featured in the some of the literature of the physics program, see the second page. http://www1.uwindsor.ca/physics/system/files/PhysicsAndHighTechnology_0.pdf

He participated in a recruitment campaign (see page 10) where he toured local Windsor highschools and offered students a look into what studying Physics was like.

During his Masters Ian worked at the Centre for Imaging Research and Advanced Materials Categorization and is still listed on their site of students. http://web2.uwindsor.ca/ciramc/students.html.  The main area of research was in acoustic microscopy, this is a a method of using sound waves to image objects on a microscopic level.http://en.wikipedia.org/wiki/Acoustic_microscopy The intended potential uses were vast but most notably, they were looking to use this technology to find tumours in people without radiation exposure.

During his time there his work with acoustic microscopy Ian was published multiple times.

It was from the research the Ian has one of his famous stories, now normally Ian would use the microscope to scan sea lampreys to determine if their sex, something that is apparently not an easy task if you were just to look at a sea lamprey.  You can’t just say, oooh he looks butch and be done with it, no you have to scan them.  On one unusual occasion, he had to scan a real human finger using the acoustic microscope, not a live finger mind you, a finger from a cadaver.  For those who know Ian, you know how queasy this would make him.  He often would joke about using his ability to sex sea lampreys to pick up all the ladies.

One thought on “Physicist”